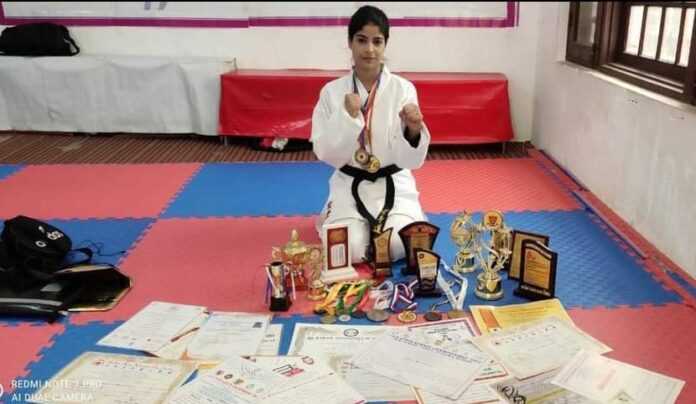 Srinagar: Zarah Bhat, 20, starts her journey as a karate player when she was studying in 6th standard.

Bhat, who is the first DAN black belt in karate has represented Kashmir at different levels.

“I have won five medals each at the district and state level. I am also a national sliver medalist,” she said.

“I also got selected for certificate course by Prime Minister package in health and fitness sports the authority of India in NIS Patiala,” she said.

After completing the course state sports council has appointed Bhat as a coach in Khawaja Nakhsband Stadium in Radpora on contractual basis.

“I still played as an athlete in Yoga 63rd national games in Chattisgarh. I also played a judo tournament as well,” she said.

“It is my family and coaches who always supported me. An athlete cannot run with money in their pockets. They must run with hope in their hearts and dream in their head,” she said—(KNO)