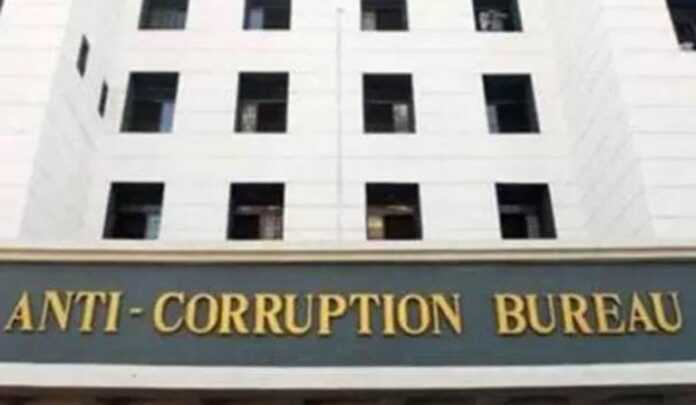 Srinagar: Anti Corruption Bureau (ACB) trapped and arrested a Clerk posted in Tehsil office Singhpora, Baramulla for accepting bribe of Rs 2,000 for settlement of a grievance.

As per a statement issued to the news agency—Kashmir News Observer (KNO), Anti Corruption Bureau received a complaint alleging therein that Hilal Ahmad, Clerk, Tehsil office Singhpora, Baramulla is demanding bribe of Rs 2000 for settling a grievance of the complainant.

“In the complaint, the complainant alleged that land measuring 1 kanal falling under survey No. 193, 192, 214, 264 Intikal No. 191, Khewat No. 38 situated at Daslipora Pattan District Baramulla is his ancestral property and the same has been grabbed by the Khatija (sister of father) resident of Guroo Bazar Srinagar. For settlement of the issue the complainant on many occasions approached revenue authorities of tehsil Singhpora but they keep on delaying the matter. The complainant had also applied before the Tehsildar Singhpora, Pattan, District Baramulla for settlement of grievances.”

“As the contents of complaint prima facie disclosed the commission of offence as defined under section 7 of the P.C Act 1988. Accordingly, a Case FIR No. 04/2022 was registered at Police Station ACB Baramulla against Hilal Ahmad, posted as clerk in Tehsil Office Singhpora, Baramulla.”

“During the course of investigation a trap team was constituted. The trap team caught Hilal Ahmad red handed while demanding and accepting the bribe of Rs 2,000 from the complainant. He was arrested and taken into custody by ACB Team. The bribe money was also recovered from his possession in presence of independent witnesses,” ACB said and added that further investigations of the case is going on—(KNO)