Srinagar: The number of COVID-19 cases in J&K on Wednesday rose to 62 and includes 50 in Kashmir Valley and 12 in Jammu division.

A senior doctor told GNS that among the fresh positive cases include a 26-year-old from Nishat Srinagar who has neither travelled to any affected country nor has he come in contact with any COVID-19 patient in Kashmir.

He said the youth had developed a high fever of 102F, chills, cough and chest discomfort five days back and reported to SKIMS where his sample was taken which came out to be positive.

Lately, there has been a spike in the number of COVID-19 cases and the authorities so far have not declared it the Stage 3, which is community transmission. “This is an ominous development but we need not to panic. We have to be prepared for what lies ahead,” the doctor said, underling that the youth’s case may well be the first case of the community transmission. “The conclusion is on the basis of what he has revealed and whether or not we have entered the Stage 3 would certainly be concluded by the government,” he added.

Meanwhile, sources said that among the positive cases include two persons, admitted in district hospital Pulwama. One of them a 25-year-old from Pulwama had come in contact with a COVID-19 patient while another is a 70-year-old from Shopian who had returned on March 16 from Saudi Arabia after performing Umrah and was part of the same flight which was boarded by Kashmir’s first coronavirus patient, a 67-year-old woman who has since recovered at SKIMS.

The others patients include two women—one of them a 55-year-old and other a 70-year-old— from Bemina Srinagar and a male in his thirties whose sample was received at SKIMS from GMC Baramulla and he is son of a person from Tangmarg who died of the disease on March 29.

So far, 650 samples have been tested at SKIMS and CD hospital laboratories, Surveillance Officer Dr Manzoor Ahmad Qadri told GNS. “50 among them have tested positive for the pathogen while 600 came out to be negative.”

Nodal officer for coronavirus control at SKIMS, Dr G H Yatoo, told GNS that five more persons were admitted to the hospital and their samples have been taken and sent for the test.

The Government also informed that 17041 travellers and persons in contact with suspected cases have been put under surveillance so far.

As per the daily Media Bulletin on novel coronavirus, 10355 persons have been kept under home quarantine (including facilities operated by Govt.) while as 516 are in hospital quarantine.

Persons who are under home surveillance stand at 3961 while as 2157 persons have completed their 28-day surveillance period.

It said that 977 samples have been sent for testing of which 911 tested as negative and four test reports are awaited as on 1500 hours. 62 people have tested positive—12 from Jammu division and 50 from Kashmir. Among them two have recovered and as many others have died. (GNS) 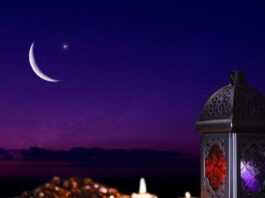 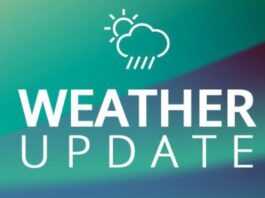 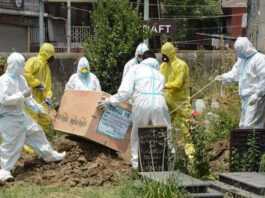