Srinagar: National Health Mission (NHM) evoked sharp criticism by mentioning Srinagar’s Sher-e-Kashmir Institute of Medical Sciences as ‘Shri Krishna Institute of Medical Sciences’ in its document on Hepatitis control program uploaded on its official website. After massive criticism on social media, the NHM put down the document saying “it was a typographical error.”

As per news agency—Kashmir News Observer (KNO), the document went viral on the social media sites where people were raising questions over the sudden name change of SKIMS by the government.

“This name-sake government is worthy only of this! Attending to whims of the fugitives, they think they can change anything on ground?,” a netizen tweeted.

Another person tweeted: “Where is Shri Krishna Institute of Medical Sciences Srinagar in #Kashmir? Any idea! Was going through National Viral Hepatitis Control Program PDF booklet & noticed that Funds have been released this Institute for fighting Hepatitis-C. GMC Srinagar & Jammu too have 109.93 Lakhs,” tweeted another netizen. 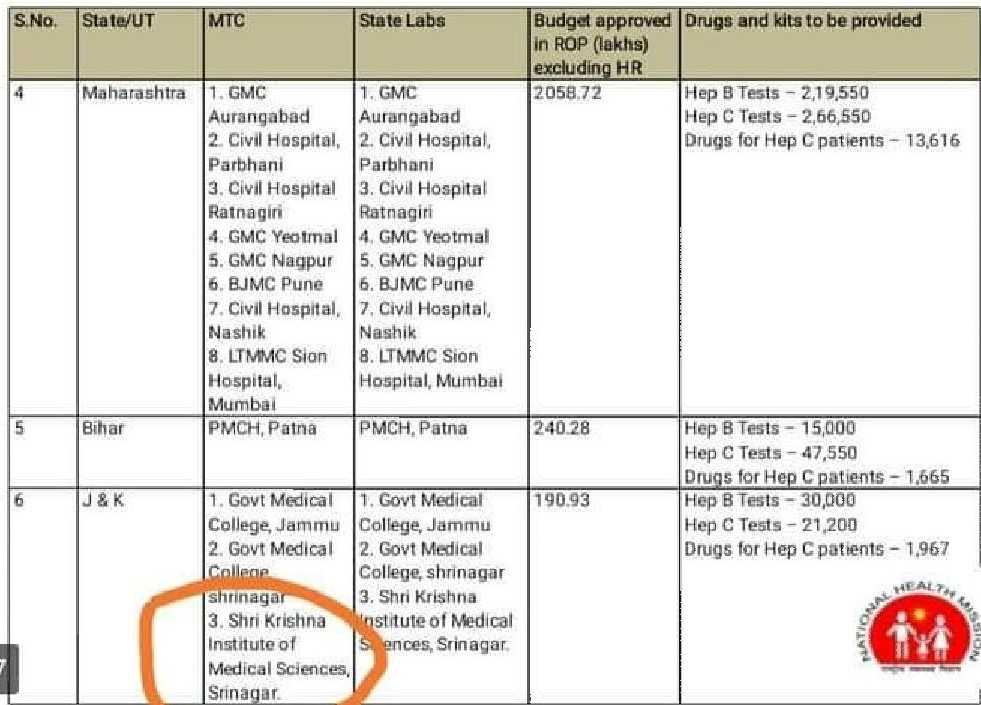 “This is a FAKE and CONCOCTED document. SKIMS Soura is not a Model Treatment Centre (MTC) under NVHCP (National Viral Hepatitis Control Programme) under NHM J&K. We clearly disown this piece of wrong information. @NHMJK5,” he tweeted.

However, he later while apologizing earlier tweet said that there was a clerical error at the Ministry’s end that entailed the wrong full form in the document that has been taken down.

“I apologize for the misinformed comment earlier. The erroneous document has been taken down. There was a clerical error at the Ministry’s end that entailed the wrong full form in the ppt. Request everyone to please do not assume any unjustified notions.@NHMJK5.” he tweeted later.

Meanwhile, Additional Chief Secretary Health and Medical Education Vivek Bhardvaj told KNO that there is no such proposal before the government and there was a typographical error in the presentation of 2018.

“Please check the facts. It’s a presentation of 2018 where a typographical error had been made. No such proposal,” he said—(KNO)

Jammu and Kashmir: Weather forecast for next...