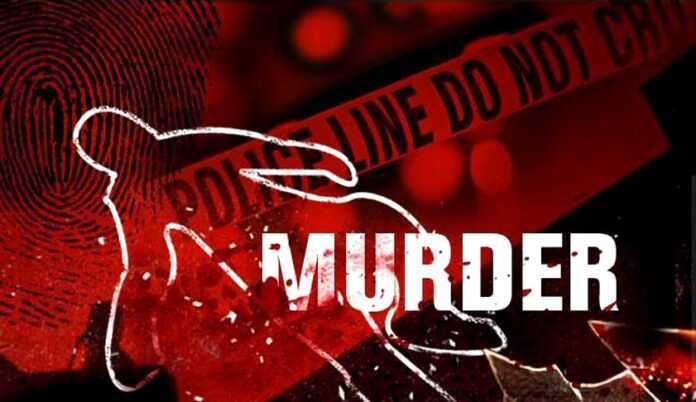 Srinagar: Police in Awantipora solved a blind murder case by arresting the accused person involved in murder of his sister in law in Pampore within 24 hours.

“On 08-01-2023 at around 1730hrs, police received information that one female body identified as Rozi Jaan wife of Muzafar Ahmad Ganie resident of Kadlabal Pampore aged about 40 years was brought to SDH Pampore by family members (in-laws). Since the cause of her death Prima facie appeared to be suspicious, accordingly, Pampore police after completion of medico legal procedure initiated inquest proceedings under section 174 CrPC to ascertain cause of death,” the police said.

“Keeping in view the sensitivity of the case, a special investigating team was constituted by SSP Awantipora under the supervision of SDPO Pampore and investigation was promptly set into motion. During the course of investigation, several family members including the husband of the deceased were called for questioning,” it said.

During questioning of some of the relatives of the deceased lady, the special investigating team zeroed in on one Altaf Ahmed Ganie the brother-in-law of the deceased for further questioning. After sustained questioning, he confessed about his involvement in the murder of his sister-in-law. During questioning, he disclosed that since his sister-in-law was alone at home and thus taking advantage of her loneliness he tried to exploit her sexually however the deceased strongly resisted to this and raised hue and cry. The accused further disclosed that although he firstly tried to pacify her but when she continuously called for help, this frustrated the accused who later strangulated her to death and thereafter fled away from the spot.

During further course of investigation, it also came to fore that at around 1700 hrs 11-year-old daughter of the deceased came back to her home and after seeing her mother apparently dead, she called for help. Thereafter some of the neighbours including the accused came and took the lady to hospital where doctors declared her brought dead.

The accused Altaf Ahmad Ganie son of Late Shaban Ganie, 44 years old is driver by profession who is unmarried and is living separately in the same house. Pertinently, he was accompanying when the dead body was taken to the hospital so that no one would suspect his involvement in the murder.

In this regard, a case FIR No. 05/2023 under relevant sections of law already stands registered in Police Station Pampore and the accused has been arrested. Investigation of the case is going on.

Community members has applauded the efforts of police for cracking the said case withing 24 hours. Moreover, Police assured the relatives & family members of the deceased lady that the investigation of the case shall be conducted on priority in a professional manner(KNS)