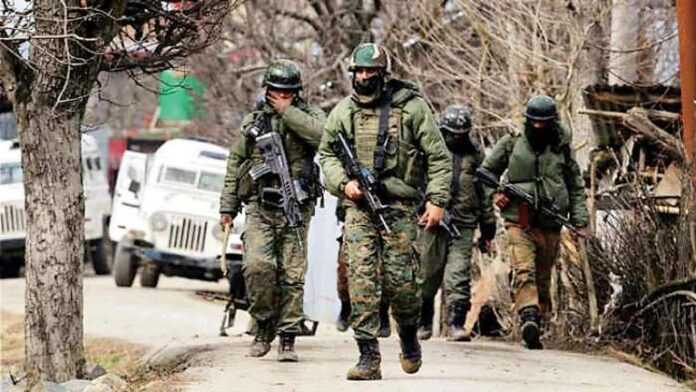 Srinagar: Three militants affiliated with Jaish-i-Muhammad were killed in an overnight encounter with security forces in Dooru area of South Kashmir’s Anantnag on Thrusday, an official said.

A Senior Police officer told GNS that three militants of JeM were killed in a gunfight at Anantnag which started late evening on Wednesday. However identity of the militants is yet to be ascertained.

During the initial exchange of fire two army troopers and a cop were also injured, who were Shifted to hospital for advanced treatment.

Pertinently, Three JeM militants including a Pakistani militant were killed in a brief gunfight in Kulgam district.

Meanwhile Inspector General of Police Vijay Kumar according to official Twitter handle of Kashmir Police Zone wrote, ” 6 militants of militant outfit JeM killed in two separate encounters. 4 among the killed militants have been identified so far as (2) Pakistani & (2) local militants. Identification of other 02 militants is being ascertained. A big success for us: IGP Kashmir,”.(GNS)